Well, we have officially reached the halfway point in my Uruguayan adventure. The first half seemed to go by so quickly, and because I have so much to look forward to in the next few weeks, I can already tell that the remainder of my time here will fly by.

Last week was filled with museums! As part of a project, last Friday I visited el Museo Pedagógico (Museum of Pedagogy) and el Museo Romántico (Romantic Museum). El Museo Pedagógico was filled with neat little items such as old books and scientific models and displays from the late 1800’s and early 1900’s. El Museo Romántico didn’t actually have anything to do with romance, but rather it housed a collection of paintings and statues of famous Uruguayan revolutionaries and war-time heroes, most notably José Artigas.

On Saturday, it was el Día del Patrimonio (Patrimony Day) in which several buildings and landmarks throughout Uruguay such as museums, schools, cemeteries, and government buildings are opened to the public. Some friends and I took this opportunity to visit el Palacio Legislativo (Legislative Palace), where the Uruguayan parliament meets. Absolutely everything inside is made of marble. Such a huge, impressive building! 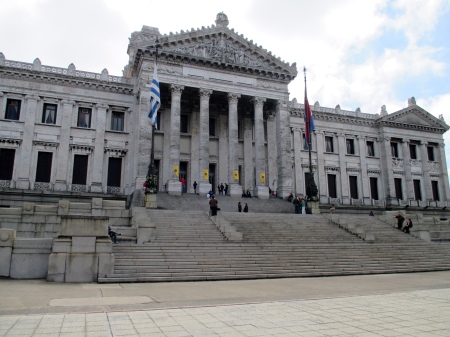 I have a lot to look forward to in the coming few weeks. On Friday morning, I will leave for Buenos Aires, Argentina for three days. I have been looking forward to this trip for so long, and I am so excited to go!

Additionally, I managed to get my hands on a ticket to the next FIFA World Cup 2014 eliminatory game for next Tuesday in which Uruguay will play against Argentina. Thankfully, I bought my ticket the first day they went on sale, because within about 48 hours, all ~44,000 tickets were sold. I plan on buying a large Uruguayan flag and wearing it as a cape – but don’t worry – everyone does this!

At the end of the month, I will go on a weekend camping trip with my Turismo Aventura class. More details to come!

Unfortunately, with all of these exciting events, I still have homework and projects to do. In about two weeks, I have to turn in a 7-14 page paper regarding the dynamics of the Uruguayan family in the mid-1900’s to present day. Also, it is hard to believe that in about one month, classes will be over, and then it’s time for finals. Where did the time go?

At least it’s starting to look a lot like spring! 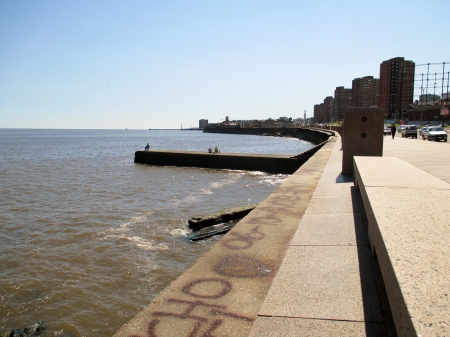