As you have probably noticed, I haven’t been posting here very frequently, unless there’s some major or exciting event that goes on.

We’re almost at the two month mark, and I am confident in saying that everything here seems pretty normal now. Of course, I still have to pinch myself when I think about how I am in Uruguay, but things are more routine now and I’ve gotten in to a good rhythm of class, studying, spending time with friends, and the occasional exploring.

Yesterday, my language class went to the Museo Blanes, which is a well-known museum in an area of Montevideo that was very popular with the Uruguayan aristocrats in the nineteenth century, so the neighborhood is filled with fancy homes. On display at the museum were the works of Colombian painter Fernando Botero and Uruguayan painter Juan Manuel Blanes.

Museo Blanes – formerly a prominent estate, now a museum open to the public

“El Juramento de los Treinta y Tres Orientales” by Blanes – he is known for his realistic paintings. This one refers to the revolution that lead to the independence of Uruguay. 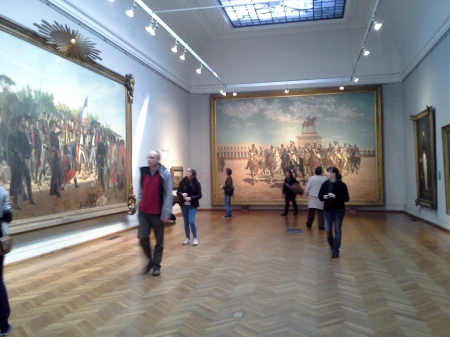 Some of Blanes’ paintings took up an entire wall of the museum.

The estate also included a traditional Japanese garden on loan from Japan. 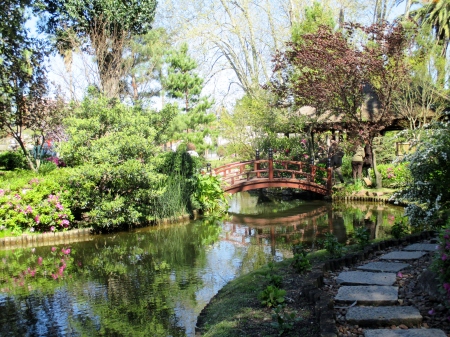 Complete with a koi pond!

Nothing else to report from down here! I have my first test next week, but it really shouldn’t be too hard. However, the week after that, I have one paper due and a presentation, so I will be spending some time this weekend working on all of that.

1 Response to The new normal